Team Indus is a group of starry-eyed dreamers aiming for the Moon, and not figuratively. It is the sole Indian team in participation for the Google Lunar X-Prize, a quest to be the first private company to land on the Moon.

The website for Team Indus needed to not only have beautiful visuals that would match the grandeur of the project, but also educate the audience on the mindboggling complexity of the mission.

We needed to make people feel like they could become a part of something bigger than anything they would encounter in their daily lives.

All this is well and good, but who are we designing for? What is the message we are trying to send across?

We worked closely with Team Indus, including the founder Rahul Narayan and Sheelika Ravishankar, holding workshops and sprints to illuminate the path forward. Through interviews and analyses, we were able to identify four key demographics to focus our effort on.

Every bit of the subsequent design process would be with these four pillars in mind. We would need a strategy that would appeal to each audience without putting off another. Our content writer had her hands full with stitching together a message that would resonate well with the audiences.

A mobile-friendly website was a priority. This meant that the visuals and interactions had to be rich, while being constrained to the real estate of a phone screen.

While composing the website, we took a content-first approach, never sacrificing what was said for visual extravagance. The Home page spoke about the general aspects of the mission, saving education for the inner pages. 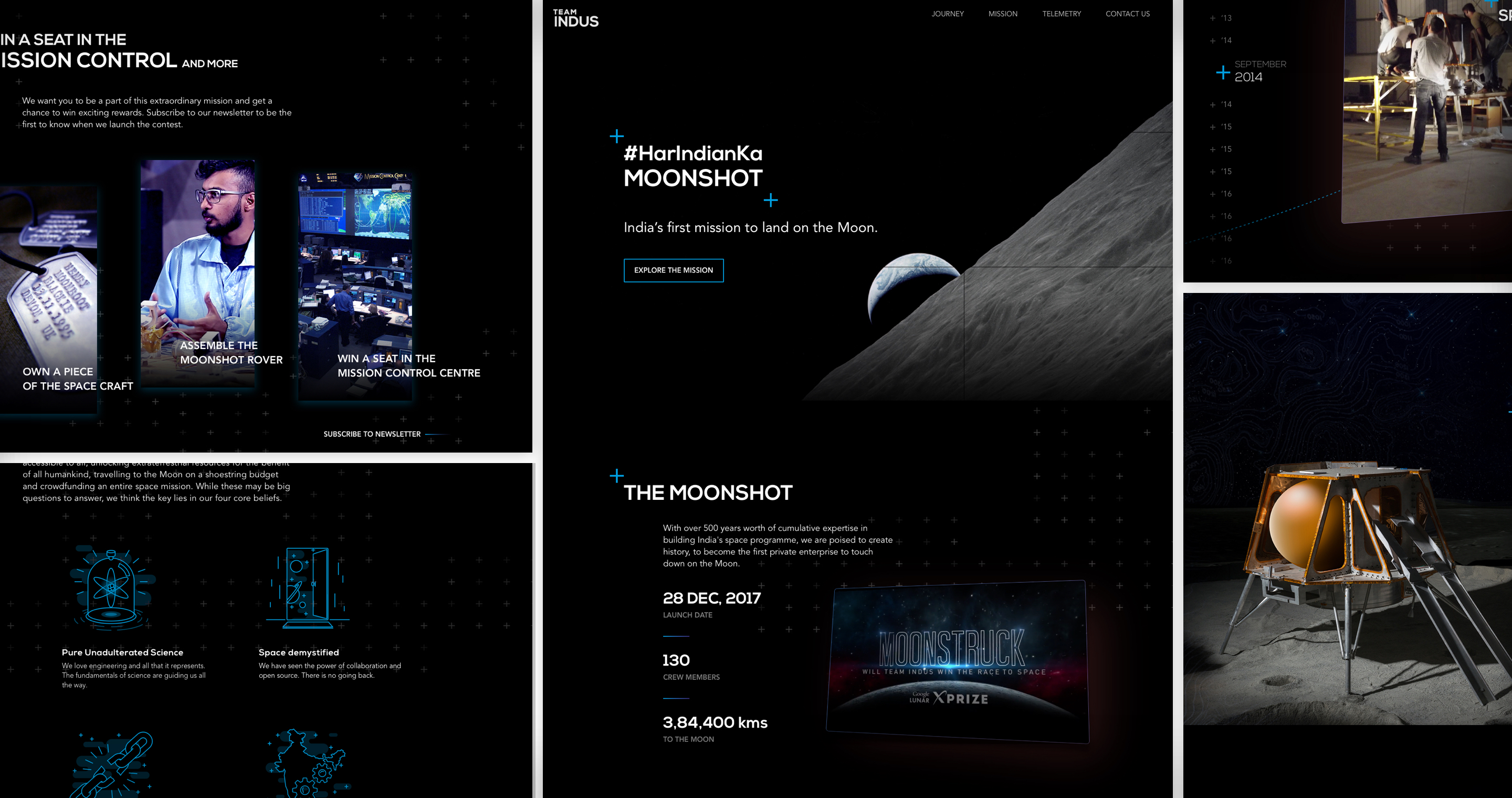 If we were to educate the audience about the mission, we had to educate ourselves first. We conducted interviews with some of the leading scientists in the field. Despite being initially overwhelmed with the boatloads of information, we managed to get a firm grasp on the concepts we were dealing with. To keep the audience engaged, we used appropriate visuals while delving deeper into a topic.

Team Indus had a unique story to tell, one that could easily be dismissed as fictitious. A computer science guy stands up out of nowhere to lead a space mission? If that were true, the story could surely be used as inspiration to lead anyone to aspire to something bigger. But it is true, and it was not a story we could skimp on.

There is a question which emerges from all of this — why do this in the first place? Executing the mission will cost much much more than the $20 million grand prize that is up for grabs. So why?

Rahul Narayan is trying to lay down the foundation for an entirely new industry the likes of which India has never seen. It is about inspiring a new generation to take up the mantle and usher in a new space age.